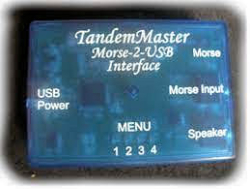 Tandem Master is a terrific new assistive technology Morse Code input device inspired from a variety of people who have helped me have a voice of my own.
The TandemMaster is designed for those who have physical challenges and or challenges in communicating vocally who wish to use a computer.
The TandemMaster lets users operate computers just as if they are typing to operate PCs. The PC or Mac simply sees it as a USB Keyboard and Mouse while the user uses Morse code.
The TandemMaster converts dots and dashes into keystrokes and mouse movements. It is fully configurable as well.

This video shows, start to finish how to hook up the TandemMaster Morse Code input device. The TandemMaster is an assistive technology device which allows people with limited mobility operate any computer. Since the computer recognizes the device as a standard keyboard and mouse, it is completely platform independent. No software is required to be installed, and it can be installed on and type of computer. Although it has only been tested Mac (OS 10) and PC (XP and Vista), there should be no limitations with using in additional operating systems that support USB keyboards and mice.

Morse code has always been said to be difficult to learn; however, it's not. Morse code consists of 36 characters, 26 letters and 10 numbers. Punctation and computer commands are combinations of letters and numbers which are sent together as one code.

If you learn the alphabet and 10 numbers, then you will be able to to do punctuation and computer commands without any trouble.

It took about a month for me to learn Morse code; yes it was hard, boring, and tiring but it was worth it. It has giving me independence in every aspect of my life and will continue to do so until the end of my life. If you are considering using Morse code as an input method whether it is through my device or another device, I urge you to keep with it even though you might feel overwhelmed and or discouraged at first. It is so worth the work and time; I can't stress this enough!

Below is the Morse code for you to take a gander at, 36 characters and punctuation codes. 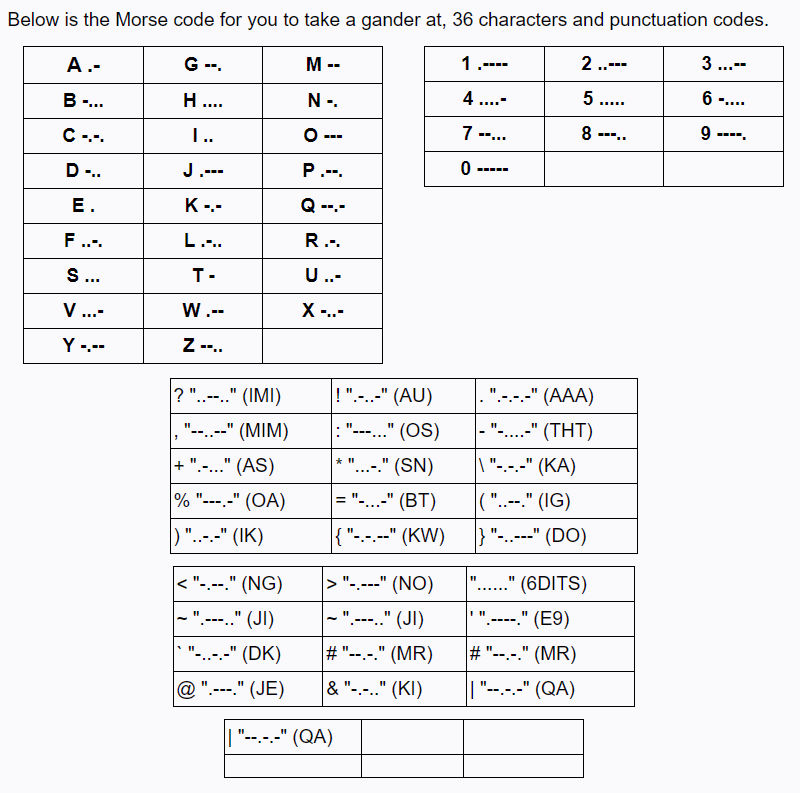